Sometimes Serendipity is the Best Guide

Sometimes the trip you plan is not the one that happens. We’ve found when travelling that flexibility is essential, or frustration will be your constant companion.

We headed out to find an historical fort one day over the holidays. Dave was thinking it might make a good field trip for his class.  It’s called Al Zubarah and is on the west coast of Qatar. To get there we had to cross from one side of this enormous peninsula to the other. It took about 45 minutes. Just so you have your bearings straight, when you’re on the west coast of Qatar and you are looking off the shore, you might just see Bahrain. There used to be a ferry crossing to Bahrain and there has been talk of a bridge being built, although I do believe that the idea has been indefinitely shelved.

This fort at one time was used to rule over  Bahrain (1700’s) and on this stood out against the bluest sky. The fort was closed due to a renovation that was being lead by Copenhagen University, but there wasn’t anyone there to stop us from going in so Dave walked by the “closed” sign and had a look.  The rule follower stayed at the door and just peaked.  As we were looking around a couple of Dutch archeologist-type men arrived looking every bit like they walked out of a Raider’s of the Lost Ark movie. Complete with scarves! The renovation will go on until the spring so no field trip this year.

Striking out a little bit we continued north along the west coast.

A couple of kilometres away we found a completely abandoned town. We had no idea what it was or what had gone on there. I can honestly say it was the first time I felt unsafe since we’ve arrived. It was hauntingly isolated and we could hear some young Qataris having a party just on the other side of the wall around this town. I doubt they posed any threat but I was acutely aware of how vulnerable we were. My imagination enjoyed torturing me a little here.

My friend Google tells me that this is a remnant fishing village from the fishing and pearl harvesting days and was likely abandoned first in 1937, re-inhabited in 1945, and then finally deserted again in the 1970’s. No doubt this has to do with finding natural gas. There are 3 villages (although we only saw one) and they are now archeological sites – that we can WALK ALL OVER! And sadly that people have littered and graffitied somewhat. Kind of disheartening.

We wandered around a bit then continued down the coast.

Here we found a lovely little town – to our relief it was very inhabited. It was a national holiday so there were families enjoying the waterfront and bbq’s and their children and all was right with the world again.

The tide was out and people were walking way out to dip their toes in the water and the marooned fishing boats were quite a sight.

A lovely gracious Qatari man offered to share his family’s picnic with us. So kind. We politely declined and thanked him for the offer. Someone should tell him that in Canadian culture you can’t say ‘yes’ on the first ask. “No, no, I couldn’t impose.” “sure come and eat with us.” “oh I couldn’t possibly.” …how many does it take to make a Canadian say “really? are you sure? well thank you, I’d love to!”  That’s how an invitation happens “Canadian Style”.   I know you think you’d have said yes right away, but I bet you wouldn’t have. We wished we did.

There a number of Canadian-ism that are becoming obvious when held against the behaviours of the other cultures around us. Some of them I’m proud of – some of them I’m working on shedding.

Here are Dave’s pictures of the day. And by the way – there is one very glaring problem with him being the only one taking pictures, and I know that. 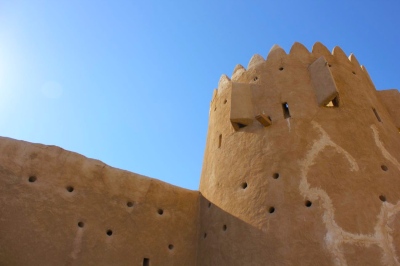 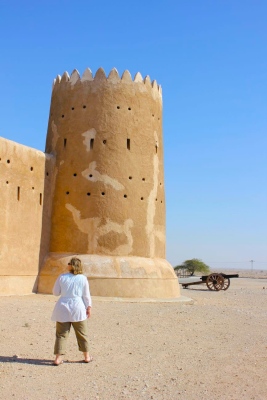 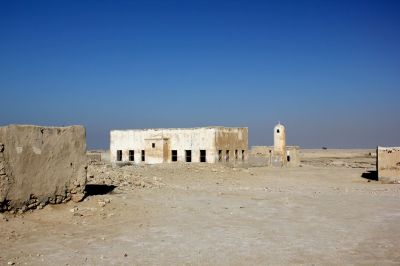 On to the abandoned village 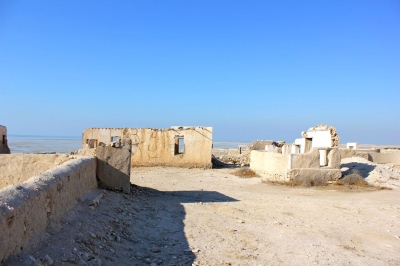 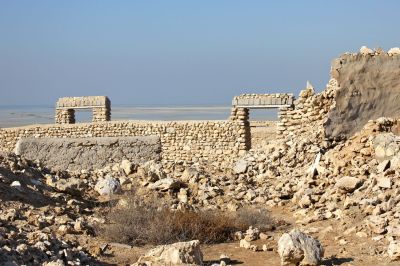 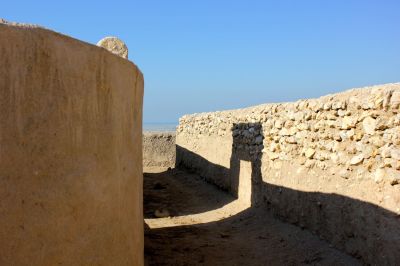 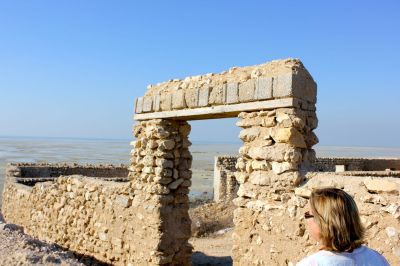 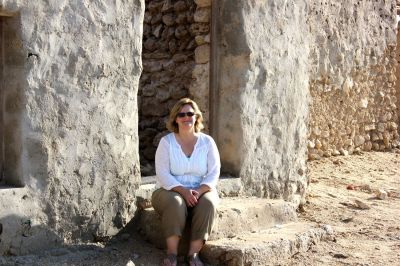 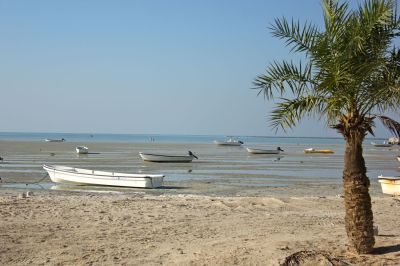 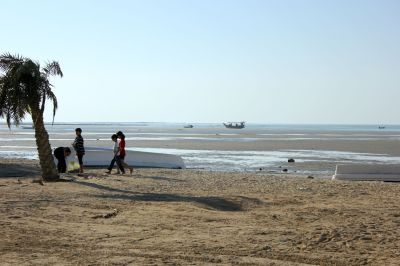 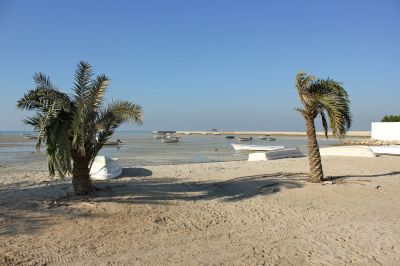 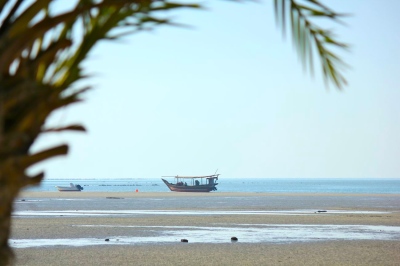 10 responses to “Sometimes Serendipity is the Best Guide”