A Roller Coaster of a Day

It’s a long story, and somewhat boring so I’ll spare you the details. We tried to go snorkeling. Drove an hour to the meeting place. The guide was significantly late and I wasn’t thrilled about rushing our tour so we rescheduled.  Everyone was a little disappointed. Especially Honour and her friend who I had pulled away from their other friends (and likely a TV) to go on this (mis)adventure.

We did meet this little guy along the way.

Meet one of the locals.

And this wasn’t too bad of a spot to wait for our wayward guide. 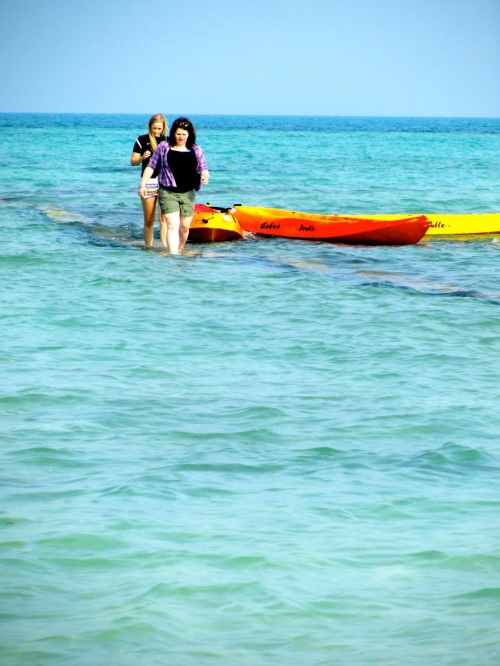 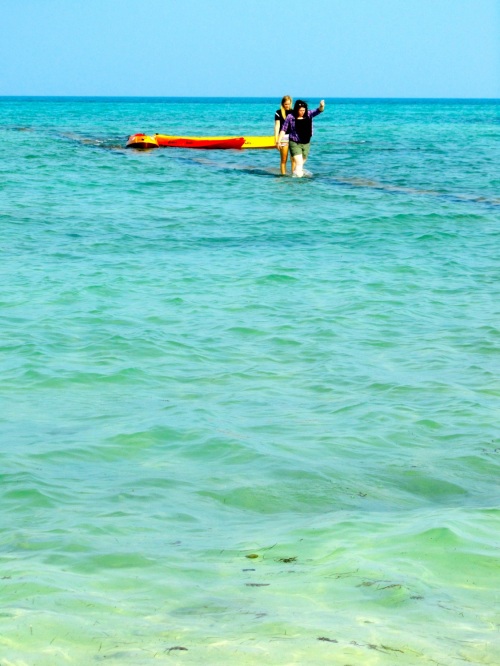 We swam at the beach for a while. Drove to the next beach and swam there for a while too. Everything is so crowded. The second beach we went to is the one we’ve started to go to on Thursday afternoon right after school. It’s a great way to quickly get right into weekend mode. It’s a huge beach and on a Thursday afternoon we’ve maybe seen 10 cars maximum. So no one is parked even remotely near each other.  Today, because of the holidays, it was tricky to find a parking spot. It was packed with people enjoying the cooling weather (it’s now in the low to mid 30’s) and their holidays. Tents were pitched along the shore, campfires and barbeques fired up. And my favourite part, women swimming in abayas. It took me a few minutes. I’m usually saddened by the sight of them sitting on the shore in their black abayas watching everyone else swim. When I saw a few of them flapping around in the water my first reaction was also kind of sad. How awkward. How lacking in freedom. But then I realized that they were doing exactly what they wanted to do and they weren’t missing out on a thing. Good for them for taking the plunge! And they did look happy. It was lovely.

We drove back to town, delivered Honour and friend with delicious shwarmas in hand back to her surrogate community and headed home. Slightly disappointed that the day hadn’t unfolded as planned.

Driving. Dumdedumdedum. Like we didn’t have a care in the world. Dumdedumdedum. Dave navigating the evening traffic, me reading my twitter feed. The usual. Dumdedumdedum. Then I read something from one of my favourite foodies online about ‘Pinkie and the Grain’. Hmmm I wondered, what are they serving today? I bet the pink is coming from something with beets.  BEETS!!! BEETS!!!!

I gasped and yelled.  You know that gasp where you suck all of the air out of the car in one breath? That gasp! Dave hit the breaks, as if I’ve just seen a child run into the traffic or something. “What?” “No, no…keep going! This morning, in the morning, I put beets in the oven!” “What time?” “Well, in time enough to be done before we left.” We’d been gone for almost 6 hours. My husband, in his usual unflappable way, ever so slightly (it seemed to me) pushed the gas pedal a bit harder.

You can see our condo building from quite a ways away. We kept looking for a glimpse of it. For smoke rising in the distance.

You need to know that Qatar has sustained a number of fires over the last 6 months. The first of them was the worst disaster Qatar has ever faced we’re told. People died. Children. It traumatized the whole country. After that fire there were several other small fires and the rumour mill began to crank out several possibilities from substandard safety and building codes to Qatar’s own Arab Spring starting. Everyone was on edge (especially in May/June).

I envisioned the worst. I envisioned arriving at our condo with fire trucks outside and everyone evacuated and looking back at the building wondering what could possibly have happened? Dave sped up a bit more. I pictured me in front of a clamoring press conference saying “no, no, this is not some kind of uprising, I really did leave beets in the oven. I know you think that’s an unbelievable story. I know this sounds very suspicious to you but…huh?…yes, it’s true, I really am that stupid.”

We rounded the corner. There’s no smoke coming from the building and no fire trucks. Maybe the staff used our key and went in when the fire alarm went off. Maybe our apartment was filling with smoke and wrecking our lovely new furniture.

We parked and ran from the car (even Dave-the-Calm was moving quickly now) paying no attention to the sand we were tracking. We got onto the elevator. Do you smell smoke? I think so. Me too. No, maybe not. Yes, definitely. Off the elevator….no, don’t smell smoke. Turning the key in the lock, definitely smell smoke. Enter apartment….nothing?

We run to the stove…it’s completely cold. The cold hard beets are sitting inside as if to say ‘dumdedumdedum just waiting for you to turn on the oven Ms. Cook.’ Whew! Big relief. Turns out, yesterday, we were playing with controls on the oven trying to figure something out and we inadvertently set a lock button. Breathe. Breathe.

Oh boy – I needed a nap at that moment.

But that was not in the making. I had clams from yesterday’s clam digging adventure, sitting in seawater on my counter and they were on the menu.

If you’re not a foodie, the most entertaining part of the post is over.

The clams worked exactly like they were meant to (so glad something from today decided to go as planned). I sautéed onion and garlic, a little red pepper and some lemon grass. Then added ½ inch of water or so, which quickly came to a boil. Then I threw in the well-rinsed clams. The little beauties began to pop open exactly as was promised. I added a little coconut milk and let simmer very briefly. Tossed it over kamut pasta and wow! What a great dinner.

Of course, due to Dave’s shellfish allergy, there was another pasta being created right beside mine. His looked and smelled great as well. And all surfaces were then scrubbed down like we were going to do surgery on them.

It was so pleasing to have collected (for FREE!) my own seafood for supper. I thought about my gardening friends and how much satisfaction they get from eating from their gardens.

The night ended with discovering that we could actually see the holiday fireworks from our balcony (if you leaned out ever so slightly).

All and all this rollercoaster of a day was very good. No snorkeling, but no fires, no press conferences, no traumas, just a good swim and a good supper.

Snorkeling is rescheduled for Thursday. Stay tuned. NOTHING will be put in the oven on that day!

Cooking and fireworks visuals below: 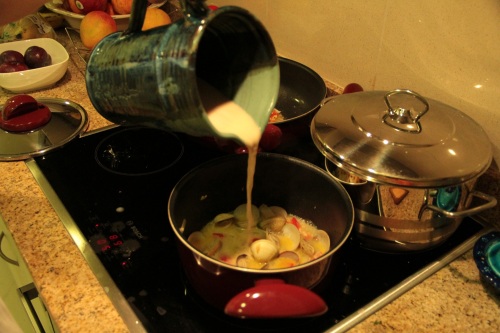 his and hers suppers – with appropriate pairings don’t you think?

Pretty proud of the success of this creation.

And the grand finale…. 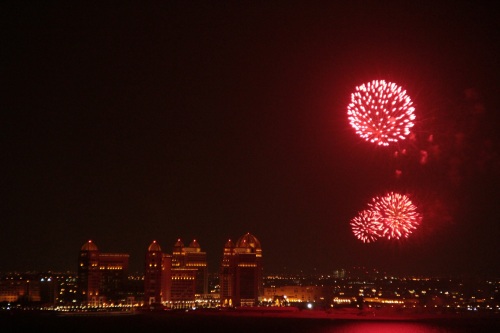 8 responses to “A Roller Coaster of a Day”