We Interrupt Regular Blogging for this news report….

Today is a big day in history for the Qatari people. Huge!

Qatar continues to show itself as a unique example in the Arab/Muslim world.

I have read this morning that it is the only country to have changed hands 3 times while all three patriarchs are still alive.

This country has seen tremendous change in the last 18 years and the visionary leadership continues to embrace the change rather than shy away from it. 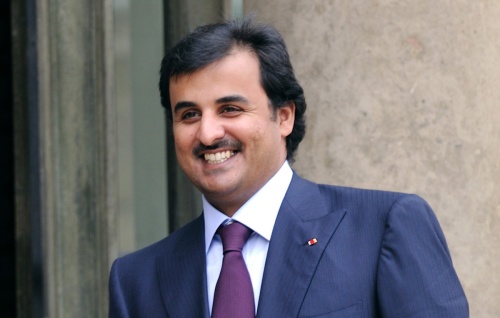 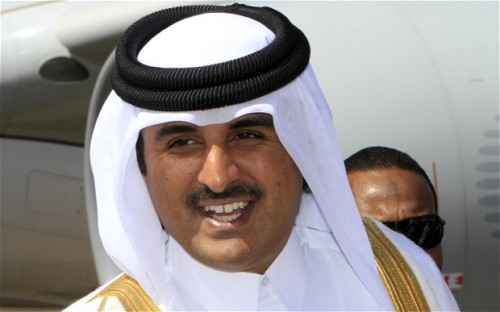 A couple of enlightening moments for me from the outgoing Sheikh’s address to the nation:

“…. I recall the words of the fourth Caliph, Ali bin Abi Taleb, May Allah be pleased with him, who said: ‘Teach your children other than that what you were taught; as they are created for a time other than yours.'”  Wow, thank you for the parenting advice. I’ve never thought about it that way before.

Qataris are deeply rooted in their traditions and this has made the rapid changes of the past couple of decades a frustrating challenge for many regular (read: not royal) Qataris as the country grapples with the onslot of modernity at a speed that not many others have had to contend with. Yes, they’re also now rich. It must cushion the blow. But those of us under the misguided notion that their new found wealth should more than compensate for the frustration of their loss of all things familiar (ok, most things) and the threat of losing more, need to acknowledge that we have no idea what that’s like. I would imagine that, depending on the personality, fear and exhilaration have become almost a daily diet.

The leadership seems very aware of what most people are going through and has a clear vision of moving into this new future while doing their best to perserve their past. Also in the outgoing Emir’s speech: “I am fully certain that you will be his (the new Emir’s) support as you have always been mine; simply for the reason that in our nation run deep between the ruler and his people pledges of alliance; deep solidarity; and profound originality, cemented by our deeprooted traditions and glorious history.”

“Profound originality” – well today’s handover of power is certainly more proof of that. In an area of the world that is marked by struggles for power and changes and reforms in leadership, Qatar today is definitely profoundly original. And “cemented by our deeprooted traditions” must be a comfort to those struggling with the change.

My hope and prayer for the Qatari people is that they do indeed strike that perfect chord that has been articulated today by the act of one leader voluntarily, even lovingly, ceding power to another, of progress and tradition, and most of all, of change and peace.

When we first came here we were so excited that we were getting front row seats to a country undergoing such historic and almost unprecedented change. Although we’re very aware that anything can change, and quickly, we did not expect to be priviledged to see this change, this day.

What does it mean for us? In the long run…who knows? Only time will tell. Thursday will see most of the existing cabinet step down and be replaced by new and younger versions. To be honest, this makes me nervous. While embracing change and progress and innovation I would hate to see Qatar lose valuable wisdom and experience. In truth though, I’ve very aware that I don’t have a clue about what this means. I have witnessed that this culture respects its elders in ways that mine does not so my hope is that there will be mentoring and counsellors and wisdom being sought by the new leaders. I would not be hopeful of this in my own country, but here, I am cautiously optimistic.

In the short run what does it mean for us?…well, they’ve abruptly announced that today is a national holiday. Two days before the end of the school year, a national holiday. These are the things we folk from democratically run countries are not accustomed to. No warning, no votes, no passing through legislation of some kind, just a wave of the Royal wand and poof, a day off.

So for me, it means found time and that means, laundry , cleaning the kitchen, obsessively checking the news, a trip to the gym and a lay by the pool and a jump start on packing for holidays. I’ll take it. So far, so good for me and the new Emir.

Below, the twitterverse is filled with this kind of gushing over their loved Emir and what he has meant to them over the last couple of decades.

@AlMannai_M Leader, visionary, humanitarian & the list goes on but above all he is our father #ThankYouHamad 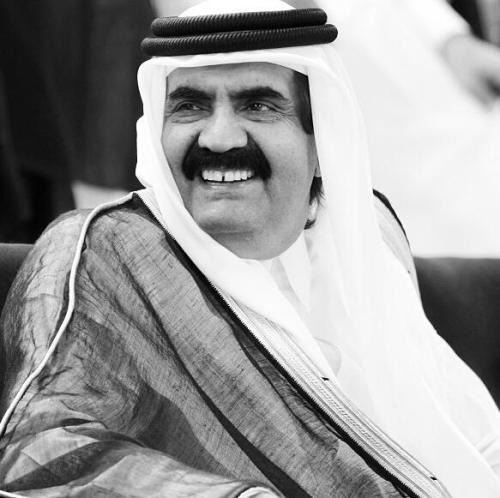 3 responses to “We Interrupt Regular Blogging for this news report….”