Dubai, The Final Chapter – Shout Out To Honour

So all and all Dubai was a lot of fun. We took Honour to the market we liked best, to see the gorgeous fountain…show? I’m not even sure what to call it. It’s like fountains but set to music. Think fireworks, but with water (I’ve posted a video below). We did a boat tour on the same day we skied and saw the city from the water. Fun day. And of course we did malls. You can’t really go to Dubai and ignore the malls. The floor to ceiling aquariums, the actual dinosaur skeleton, all the fancy stores…they’re all there, from Tiffany’s to Cartier and SO many names that I’m sure I’d be impressed with if I even knew who they were. It’s not my thing. I’m more easily amused…like these, the Arab take on the ubiquitous “Keep Calm” theme: 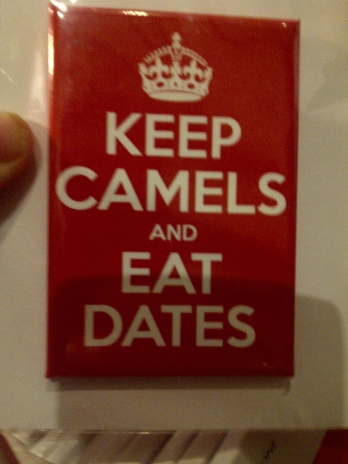 The most fun part was travelling with Honour though. 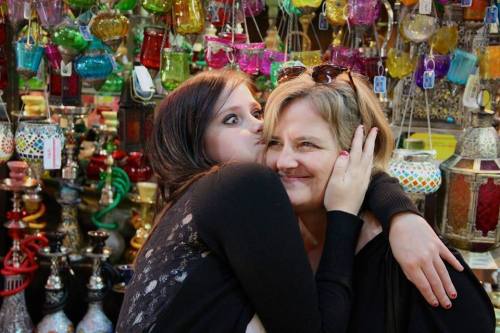 For one thing, she loves everything and is game to go anywhere and try anything.

She really loved the aquarium

And who doesn’t go to the mall to see an actual dinosaur skeleton?

She’s also not shy. Not at all. So when we didn’t want to spend the money to go up the Burj Khalifa, the tallest building in the world, because we’d been before…it was no problem, she didn’t bat an eye and off she went alone.

She also made so many people smile. Especially the cab drivers. They loved her. Every time we got into a car she’d turn her music on and start to sing. And she doesn’t just sing…she sings like she’s onstage. And she doesn’t care who’s watching. One of the cab driver’s laughed the whole way from point A to B and then talked to Dave about how he wishes more people were like her. So Dave said he should take a picture of her (I’m not sure this is stellar Dad behavior but he did seem like a nice guy and, did I mention? She’s not shy).

She’s particularly taken by the movie Frozen right now. So adding to this fun is the fact that it’s Disney music she’s mostly singing these days. We all know the words now I think.

I do have a video of her …performance…on the metro. She says I can’t post it here but that I can send it to people if they really want to see it. She’s a crazy girl and she made our trip a lot of fun.

One cab driver that was not amused but finally cracked a smile when she was leaving the cab and said “Shukran Habibi” (Thank you Love).

If you ever need a good travel companion…she’s your girl!

Here’s the water show and a few extra pictures of the silliness that went on.

For those of you out there with a bent for marketing, how brilliant is Sephora (the cosmetic company)? Watch for their product placement in the video.

She tolerated her Mom wanting Mexican food for every meal. It’s not her thing.

But having chips and cheese for lunch (pretty much all she likes in Mexican food) isn’t too much of a hardship. 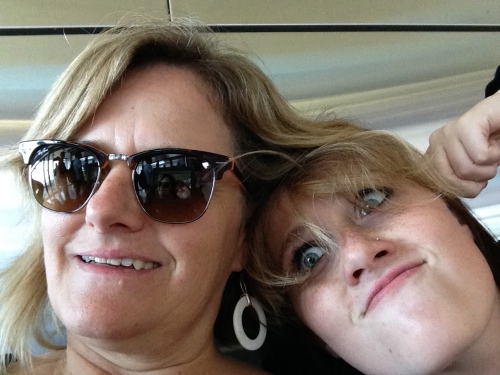 So much silliness all the time. Hard to believe she’s about to go out into the world on her own!

Crazy building. I think I would have wild dreams if I lived in there. Dr. Seuss anyone?

TOO MUCH FUN!! Thanks Honour!

One response to “Dubai, The Final Chapter – Shout Out To Honour”